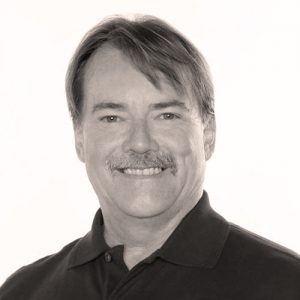 Kevin Meagher is a nationally known thinker and doer in the grid edge and smart meter sector.

But don’t just listen to us: Greentech Media named him one of the top 100 people you must know in the smart grid industry. And we do…so, yep, we’re pretty thrilled to have him as an advisor to Causam eXchange.

So, who is he really?

And below is the bio that his mother wrote. (Sorry, bad joke.)

Kevin brings 30+ years of systems architecture and power expertise. As President for Power Analytics, the company is focused on the three most fundamental pillars of future of distributed generation, microgrids, and data centers: (1) design and operation, (2) secure communications, and (3) advanced optimization and control. Prior to becoming President, he served as Chief Technology Officer. Under his guidance the company introduced industry-leading capabilities for energy management and pattern recognition and transitioned the Paladin technology to a commercially viable platform, which today includes the current generation of Paladin DesignBase™ electrical design software, Paladin Live™ mission critical management software, and the microgrid controller. Kevin is the author and creator of the Power Analytics™ Energy Alignment Process and has to his credit more than 15 patents in analytical processes. He has authored numerous papers on power, energy, and high availability architectures and over the past 25 years has led development organizations and provided strategic planning for companies including Eaton, Invensys, Computer Associates, and IBM. Kevin has undergraduate degrees in biochemistry and business and an MBA from the University of Colorado.

OK, now that you’re super impressed, like we are, let’s learn more Kevin…

Your work today Power Analytics focused on the microgrid sector. Can you tell us how blockchain and cryptocurrencies relate to that work?

The most common questions we get today are: “How do we start a microgrid? Where do we begin?” Our response is always the same: “It depends. Let’s model it.” We begin by creating a power model and simultaneously solving the power question with the financial question. If the answer does not make financial or engineering sense, it will not go forward.

The next most common question is this: “We have a microgrid, and it is just not working the way it was supposed to work. How do we fix it?” And our response is also the same: “Let’s build a power model and simultaneously a financial model.”

In both cases, cryptocurrencies (enabled by blockchain) are an integral part of the financial value, and play a role in whether the location of the existing or potential microgrid aligns with existing energy markets. This approach also helps us engage the community behind the meter to allocate energy and related billing, in a more automatic fashion, for benefit of the community and its individual members (or tenants), based on varying preferences and willingness to pay for certain features (e.g., resilience, green power).

Why is the microgrid sector all of a sudden getting the attention it has perhaps deserved for years? What has changed in the market?

Initially, most microgrid opportunities in the developed economies of the world were either a requirement for extremely high availability (e.g., data centers and air traffic control centers) or for high value research environments. Power Analytics was heavily involved in data centers, all the Federal Aviation Administration (FAA) radar facilities, and the well known University of California at San Diego (UCSD) microgrid.

High availability + reliability designs fundamentally prioritize availability (i.e., redundancy, security and analytics) above all else. The result is a somewhat distorted financial model.

As the market has matured, it is morphing to distributed generation based primarily on renewable generation. This requirement to optimize based on the physics of power generation and distribution with simultaneous economic optimization requires the kind of simulations you can only do with a rigorous power model and a room full of real wizards in power engineering, complex math, and computer science.

The best financial and social model in the developed economies are based on being grid-connected with your microgrid, and only rarely, if ever, operating isolated from the grid (i.e., “island mode”). The power model, economic model, and blockchain are all required to varying degrees in order to maximize the value.

Can you say a few words about the challenges with financial settlements that you see for some of your microgrid clients? What problems do they need solved?

Without a doubt, the existing markets (including North America) are very complicated and frequently very slow. It is not surprising to consider this in the context of the definition of “settlement” — “an official agreement intended to resolve a dispute or conflict.”

Because the “contract,” along with the approach to measurement and verification, is so inaccurate, you must finally “settle” and move on to get paid. (Yikes!)

The blockchain approach, with its inherent speed and accuracy, can be fundamental to bringing the energy markets to the participants in a way that is not, and could not be, done previously.  Speed of transactions has always been a requirement of all markets, and the energy industry is the dinosaur that is just now waking up to this possibility.

You’re accustomed to watching emerging trends in the grid edge sector and converting them into business opportunities. Amongst all the buzz about blockchain, how do you separate the facts from the fiction? What seems most real? What seems the most far fetched?

The blockchain model has two elements that are important. One is the inherent security of this peer-to-peer network. The second is the ability to associate economic value with each transaction in a more automated fashion in microtransactions.

What is real today? The brilliant approach to a distributed ledger that invites and requires a secure crowdsourced model for verification and participation.

What seems far fetched? The assumption that either traditional financial institutions or government agencies will put an end to blockchain or take over the model by offering variants of today’s existing approaches.

The “genie” is out of the bottle, and momentum is really just beginning to build. I believe we will see a Moore’s Law kind of acceleration in all aspects of the evolving blockchain world.

Incidentally, Power Analytics is helping make some of this transition possible by licensing our power modeling software around the world and accepting cryptocurrencies for our cloud-based software.

What is most exciting to you about the Causam eXchange model of being Visa for the electricity grid, and helping to catalyze a more renewable, distributed, digital, and secure power grid?

Without a doubt, it is the depth of their approach, expertise, and IP — from their unique smart digital contracts to creating an alternative to the Initial Coin Offering (ICO), called BITE, Blockchain Instrument for Transferrable Equity, which involves an actual security (per the SEC) in a real company, instead of just a nice white paper and a slick website as used by many ICOs.

What most people do not realize is that Causam eXchange’s innovation have been several years in the making, including input from thought leaders from around the country. What began as a “Wow” idea is now maturing into a completely novel approach to raising capital and enabling faster, more automated financial payments that catalyze a cleaner power grid.