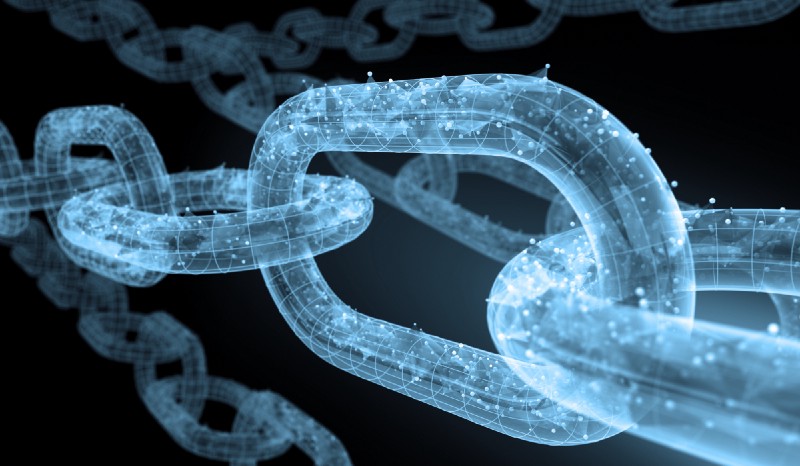 Blockchain as a love poem to the global economy

The appeal of blockchain starts at a deep metaphorical, even poetic, level.

Our increasingly interconnected, digitally driven world is rapidly trending in all of these directions at once.

Heretofore, powerful institutions positioned dead center in the thoroughfares of our global economy have taken a piece of every transaction that flows by them. Blockchain, with its mighty pen (think: ledger), is destined to overturn the old order in favor of the new. Distributed, democratic, transparent… you get the picture.

Blockchain is touted as the backbone of the next digital revolution aimed at breaking the hegemony of you name it… central banks, financial institutions (big and small), real estate behemoths, healthcare industry titans, the list goes on. Any industry that is transactional (data or money) is ripe for disruption or displacement, so that’s basically everything in the modern economy.

The hype machine has revved to jet engine level decibels (140 db to be exact), crowding out the more sober and nuanced discussions about what exactly may come from this reputedly transcendent technology.

Now, for a dose of humility, imagine having this same discussion in 1992, but the topic was not blockchain but the internet.

Now imagine what sort of predictions about the internet you would have conjured up at that time, with great gusto and conviction. In some respects, we face the same daunting task today, and will likely be as heroically incorrect in our predictions now as we would have been in 1992. But that will not keep us from trying.

Will any nails volunteer for blockchain’s early-stage, experimental hammer?

So, where are we today with blockchain? It is no surprise that blockchain has become the hammer of all hammers since the spread of the internet. And that hammer is searching for the proverbial nail in virtually every sector of the economy. Wherever data transfer challenging, trust and privacy highly valued, and data security paramount, blockchain is your masked avenger.

Financial transactions, especially payments and cryptocurrencies, have been the first and perhaps most natural fit for blockchain. Undoubtedly, some of you dear readers are cryptocurrency fanatics in search of a tidbit of information that will give you an edge in your next coin investment. To you, I suggest a healthy dose of Pepto-Bismol, as you are likely in for a doozy of a roller coaster for the foreseeable future. Sadly, I will be of little help to you.

Rather, I want to explore technical applications of blockchain in the electricity sector where I have spent the latter half of my career. For those that doth protest, to you I say: The electric grid is perhaps the most impressive technological achievement in the modern world, and is certainly one of the most impactful to our everyday lives. Nearly $2 trillion of electric power transactions occur every year globally, and precious little of the nearly $80 trillion in gross world product (GDP for the world) would be possible without it. So, even if you think of energy for approximately 13 seconds every month when you pay your utility bills, it is the lifeblood of modernity. So, pay attention.

What nails are there for blockchain’s hammer to whack on in the energy sector?

Where blockchain’s butter finds its toast in the energy sector

I could certainly use the services of a taxonomist at this point, because the litany of energy + blockchain applications requires a veritable scientist to categorize coherently.

To say that there has been a bombastic, late ’90s internet bubble style explosion of emerging companies in the energy + blockchain space would be a gross understatement. By some estimates, there are over 200 use cases for blockchain in the energy sector (see here).

Most energy + blockchain companies still bask in poppy fields of limitless (or at least undefined) possibility, while precious few have deployed a commercial product with living, breathing, and paying customers beyond science fairs and unscalable demonstration projects. Who will survive and thrive, and why?

I recall the classic fable/nightmare of “the one-eyed man (or woman) is king (or queen) in the country of the blind.” Casting a broad view of energy + blockchain early market entrants, there are a lot of one-eyed royalty touting they have seen the future, and it is their [fill in newfangled technology]. It is not hubris or malfeasance, though there is plenty of that, especially in the Initial Coin Offering (ICO) world. It is simply that many companies have flipped product development on its head by starting with a sexy new technology and looking for a problem to solve. This is a great way to build a “nice-to-have” rather than a “must-have” technology solution, and that, my friend, has been the death knell of many a technology startup.

So what problems in the energy sector is blockchain well-suited to solve? At a high level, this starts with reconfiguring the way energy is produced and consumed. We are back to the energy democracy story, in many ways.

Today, the electric energy industry is largely based on a monopoly model of large interconnected utilities, where power is created in centralized power plants and distributed over thousands of miles of power lines on a one-way path to consumers. This market structure is being upended due to economic, regulatory, environmental, reliability and national security megatrends.

This change is possible through the use of two-way, real-time Internet Protocol communications capabilities — the “smart” of the much-touted smart grid — and the proliferation of distributed energy resources that can be located anywhere on the electric grid (think: solar power, wind farms, distributed generators, energy storage, electric vehicles, demand response, microgrids, and smart thermostats).

The distributed and digital grid revolution has the electric power sector convulsing in an existential crisis on par with Neo after he took the red pill in The Matrix. Well, maybe that is a bit of an exaggeration. But the point is that the rapid emergence of these new distributed, two-way energy resources is forcing the electric power sector to rethink its reality — to remain ignorant of the new digital world (blue pill) or embrace it (red pill).

Blockchain has emerged as a leading contestant in the beauty pageant for digital grid revolution enabling technologies. So, which applications are legit, and which are ‘block dreams’ (you know, blockchain pipe dreams)? For the brave, the intrepid, or the morbidly curious, please continue to Part 2 for my top 10 blockchain applications in the energy sector.